The SS Tuscania was a Glasgow-built Cunard ocean liner that was pressed into service as a troop carrier in World War One. On 5 February 1918 the ship was transporting more than 2,000 American troops across the Atlantic, heading for Le Havre, when it was torpedoed off Islay by a German U-Boat. The boat sank about 5 miles to the west of Giol in the Mull of Oa, with the loss of 210 lives. Many survivors made it to Islay by lifeboat, where they were taken care of by local people. Others were taken to Mull or Ireland.

At least 126 bodies were washed ashore on the island, where they were buried at Kilnaughton, Killeyan, Kinnabus and elsewhere on the Oa, as well as at Port Charlotte. Most of the bodies were disinterred two years later, and either repatriated to the USA or moved to the American Military Cemetery at Brookwood in Surrey. If you've ever wondered why the Kilnaughton Military Cemetery (pictured below) seems so empty, there's your reason. According to the Commonwealth War Graves Commission: 'The cemetery was made in 1918 to bury the dead of the S.S. Tuscania, and 4 Commonwealth crewmen from that vessel are now buried here and 1 American soldier. 84 American graves, mainly of the 20th Engineers, who were passengers on the S.S. Tuscania, have now been removed. There is 1 unidentified burial, lost in the S.S. Tuscania, here. There are a further 5 Commonwealth burials of the 1939-1945 war here'.

The Tuscania dead are remembered today by the American Red Cross monument on the Mull of Oa, along with those who died in the sinking of the Otranto later the same year.

Steve Schwartz has developed Tuscania: an American History, a whole site dedicated to the Tuscania with lots of documents, photographs and details, such as list of passengers. The following three photos in this post have been sourced from that site (along with the one above), and I recommend it if you want to know more about this tragedy and its context. 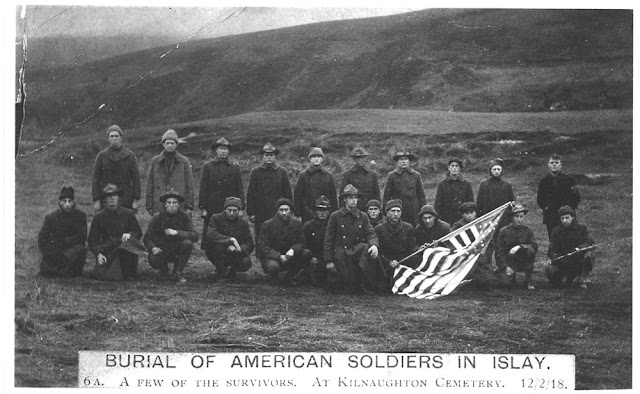 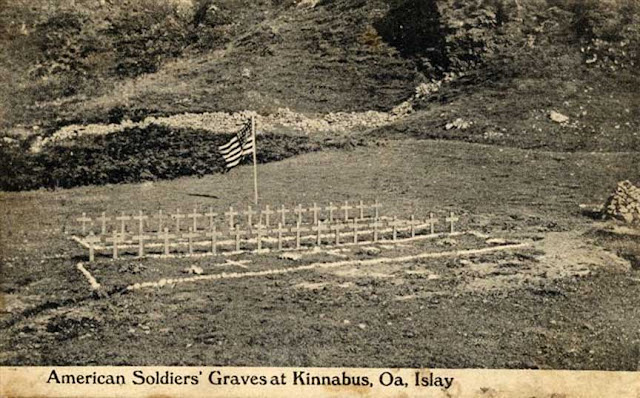 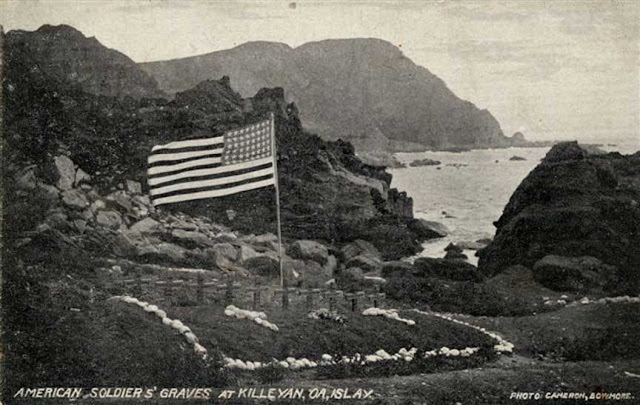 The following two pictures were published in Current History: A Monthly Magazine of theNew York Times, May 1918:﻿ 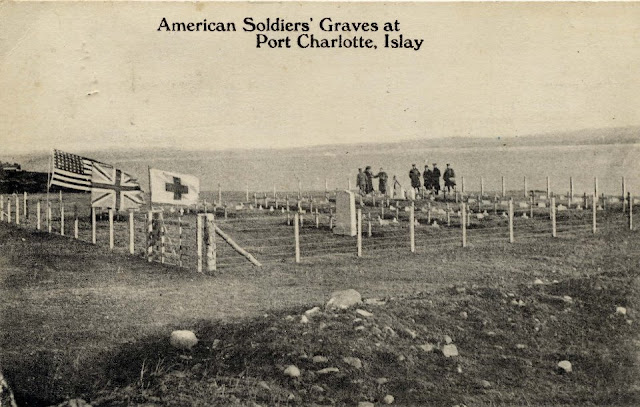 See also this article from the Ileach
Posted by Neil Gordon-Orr at 1:28 AM