The following images are reproduced from the 1936 'Guide to Islay' published by Archibald Sinclair, Celtic Press, Glasgow. The author was L.MacNeill Weir, MP for Clackmannan and East Stirlingshire. The book had been revised from a 1924 edition of the guide 'Under the guidance of Dr. A. N. Currie', with new photographs as well as other new and revised content.

Lauchlin MacNeill Weir (1877-1939) was a Labour MP from 1922 to 1939, with a gap from 1931 to 1935. According to a 1939 obituary he was 'the son of the late Mr Robert Weir of Port Ellen'. Trained as a teacher, he was the first Labour candidate to stand for Argyll in 1919, though he was unsuccessful. 'During his life Mr Weir delighted to visit Islay. He was for long a member of the Glasgow-Islay Association, serving for a time as one of its directors. In 1931 he presided at the annual gathering of the association. He rendered useful service to Islay with his pen in a well-informed guide book, extolling the beauties of the island and inaugurating what was a form of "Come to Islay" movement'. His funeral took place in Port Ellen (Glasgow Herald, 19 August 1939).

I will try and find out some more about Weir, and will return to this book again. But for now here are some of the adverts, which in themselves tell us about life on Islay in the 1930s. 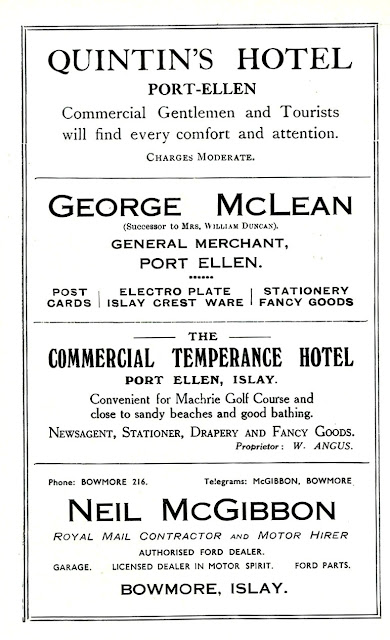 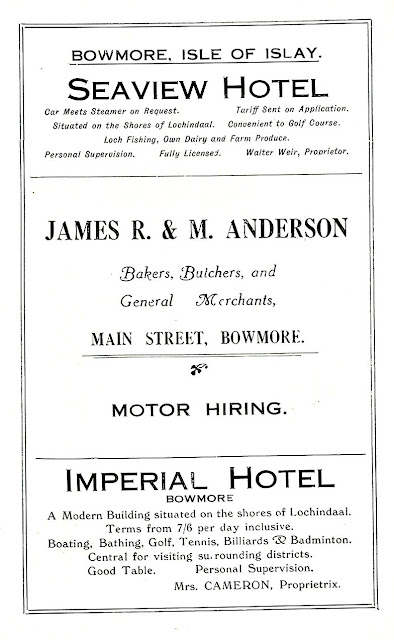 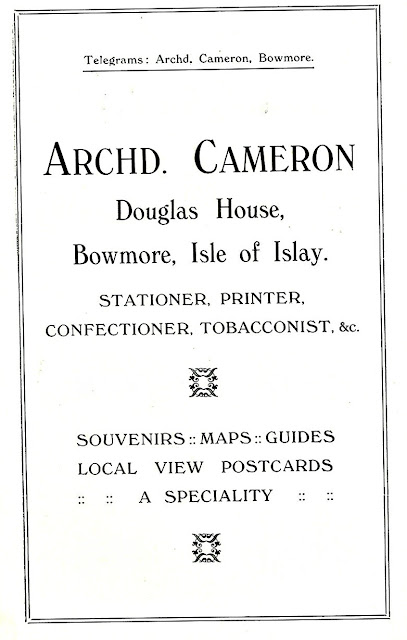 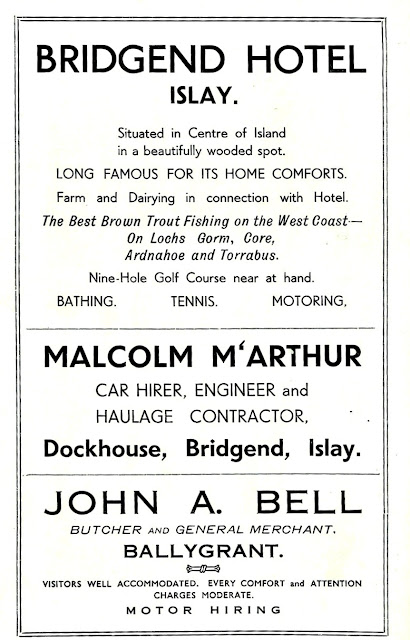 Alexander Currie & Sons 'established 1850', 'Bread, biscuit and pastry bakers' of Bowmore and Port Ellen:
Machrie Hotel and The Islay Wool Mills near Bridgend (J.T. Christie and sons) - the latter was established in 1863 and is still going strong (see current website) 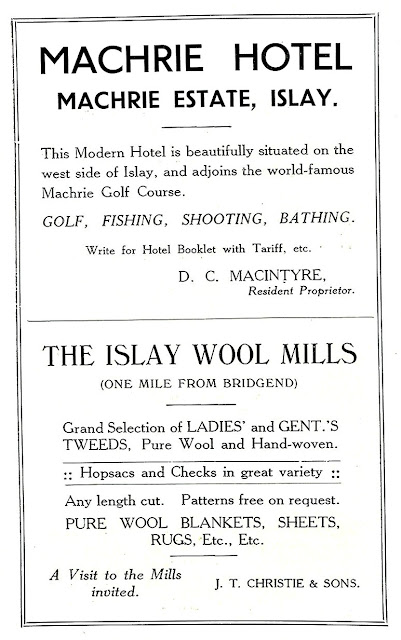 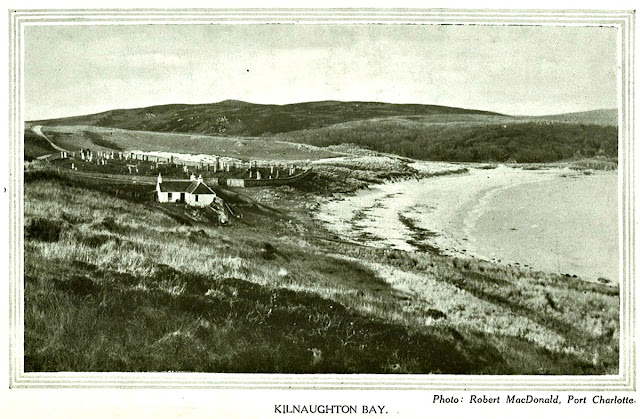 Geisgeir Sands, Port Ellen - photo by Archibald Cameron, Bowmore. Not sure how common that name is for that bit of shore by Port Ellen distillery, but Islay Blog has previously featured a 1929 postcard with that name.I know that Geisgeir Golf Club was the name of the golf club in Port Ellen shortly before the First World War and that there is also a Geisgeir on Tiree - sounds like a Norse name, but no idea what it means. 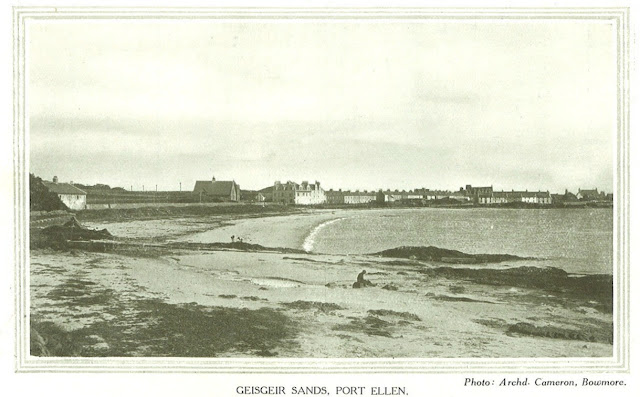