A hundred years ago today, on 28 July 1914, the Austro-Hungarian Empire declared war on Serbia, starting the First World War. Over the next four and a bit years, the war touched people across large parts of the world, including of course Islay.  I spotted this First World War grave in Bowmore churchyard today:

Elsewhere I've come across a Commonwealth War Graves Commission record with a bit more information. James McVorran, to give him his full name, served with the Argyll and Sutherland Highlanders 8th Batallion and was transferred to  '(288072) Labour Corps'. He was the son of Mrs. Christina McVorran, of Flora St., Bowmore, Islay. What he did in the war and where he died is unclear, but the Labour Corps was founded in 1917 to specialise in transport and infrastructure work (road building etc). At one time, 10% of the Army were in the Labour Corps, many of them soldiers transferred from the regiments in which they originally enlisted. 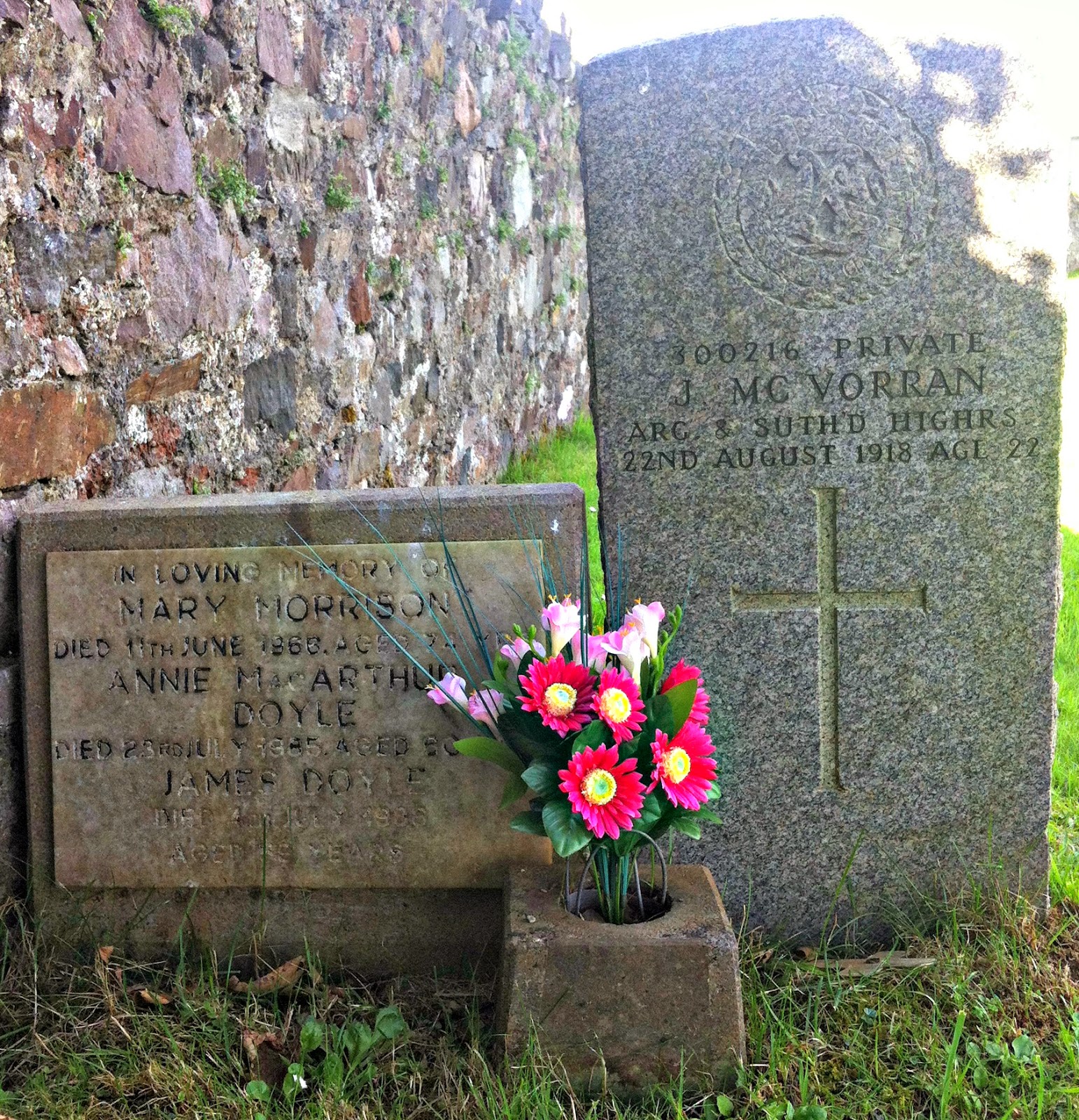 Is there any significance to this being so close to the grave of Mary Morrison, 'died 11 June 1966, aged 74 years'? Perhaps - frustrating as it is for family history researchers, surnames may have had different spellings before they were regularly written down and standardised. And McVorran and Morrison may have been different versions of the same surname - in which case these two born within six year of each other could have been related, perhaps even siblings.
Posted by Neil Gordon-Orr at 10:56 AM