Marquis De Ruvigny's Roll Of Honour was a privately published 'biographical record of all members of his majesty's naval and military forces' who died in the First World War. The first of five volumes was published in 1916. It seems that friends and family members paid for the entries, and it is not a comprehensive list of the war dead. But the volumes do include biographies of 26,768 Army, Navy and Air Force men, with many photographs. Some of the volumes are freely available to look at/download on archive.org (volume one here, volume three here) while the fulll text is also accessible to subscribers at genealogy sites such as ancestry and genesreunited. 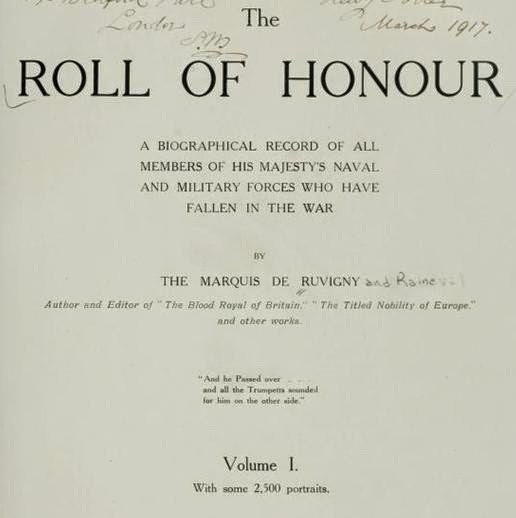 I have searched all volumes for Islay connections and have come across four records: